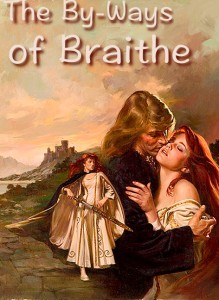 Every so often someone wants to know what my favorite book is. I’m not sure about that. I know what my mother’s favorite book was—an Edwardian romance called The By-Ways of Braithe, the sort of novel that was said to ruin the morals of young girls. It was given to her by my Great-Aunt Kathleen, for whom I was named. The plot had everything: a lovely young red-headed heroine (my mother was red-headed), a priceless opal, an old mansion, secret passages, a dissolute but handsome cousin with carnal designs.

When I was two, or thereabouts, she put me down for a nap in the same room as her beloved copy of The By-Ways of Braithe, and instead of going to sleep I tore it up. I may even have eaten part of it. It was the sort of romantic twaddle that one could happily devour.

Years passed. I would have forgotten The By-Ways of Braithe, but for the fact that my mother mentioned it so often. Long after I grew up I discovered that there were such things as book-find services, and so I wrote away to one of them and secured a copy at last, which I first read and then gave to my mother for her birthday.

It was every bit as good as she had said. She was very pleased to receive it. She read it twice, or maybe three times, and then she laid it aside and began to pester me for other books that were lost in the mists of antiquity.

So I suppose one’s favorite book is the book one can’t quite have. For me, then, it’s The Yield of the Years, the memoirs of Admiral Sir Guy Gaunt, K.C.M.G., C.B., with twenty-seven illustrations. He makes an appearance in Firebomb, my spy thriller, and I’d really like to know him better, if only his book were available through interlibrary loan, or for sale in my price range. 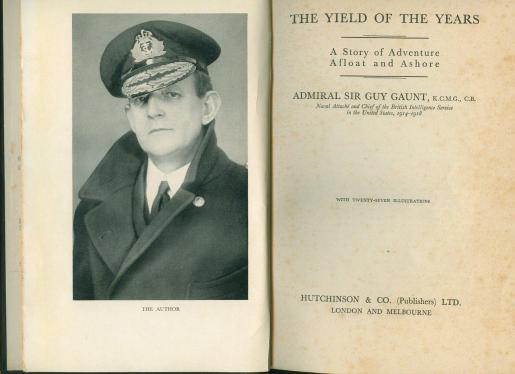 If you see it anywhere, please let me know.

Writer, joker, museum docent and tale-spinner, thirty-year resident of the quirky town of Lambertville View all posts by kategallison